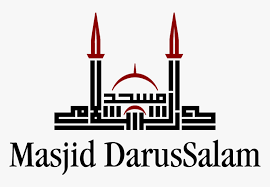 In December 2007, DarusSalam Foundation purchased a 6.5-acre parcel of land with plans to build a masjid and academy. The construction of the Masjid was completed in July 2013 and its doors opened just days before the start of Ramadan.  In 2015, an additional 3.5-acre parcel of land was purchased and the parking lot was expanded with access to Swift Road, making a total of 400 parking spaces. In 2017, the parking lot was further expanded to accommodate for the spaces lost to the construction of the Phase 2 Seminary National Campus beginning the following year. In 2021 Construction of the Seminary Campus was completed, providing a much-needed facility for our rapidly growing Seminary.

Centrally located at the intersection of I-355 and North Avenue, DarusSalam Foundation is easily accessible to around 20 suburbs in which thousands of Muslim families reside. By the grace of Allah ﷻ, in addition to providing prayer accommodations for brothers and sisters, the 87,000-square-foot facility also offers over 20 classrooms, resource libraries, a funeral facility, an NCAA-sized gymnasium, a banquet hall, fitness centers, kitchens, and ample parking.